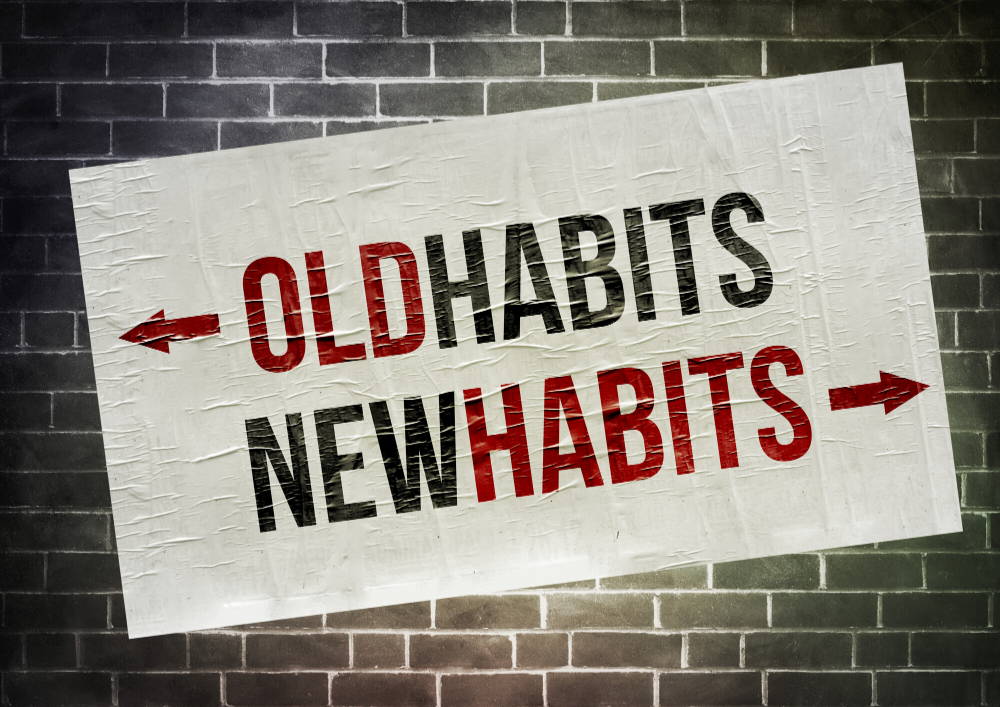 Have you ever tried to quit smoking or cut out sugary drinks? If the answer is yes, then you probably know that breaking bad habits is tough. Whether you slipped up on your diet or checked your phone during a technology detox, it happens to everyone. As much as some people hate to admit it, humans aren’t perfect and it’s easy to fall out of a good habit or develop a bad one.

What sometimes starts as an occasional oversight can develop into a fully-fledged bad habit. Naturally, you want to do things that make you feel good but this feeling of reward can lead to unhealthy habits.

Around the New Year, many of us start thinking about how to get rid of bad habits. The good news is that you can take back control and learn how to break-up with your bad habits. 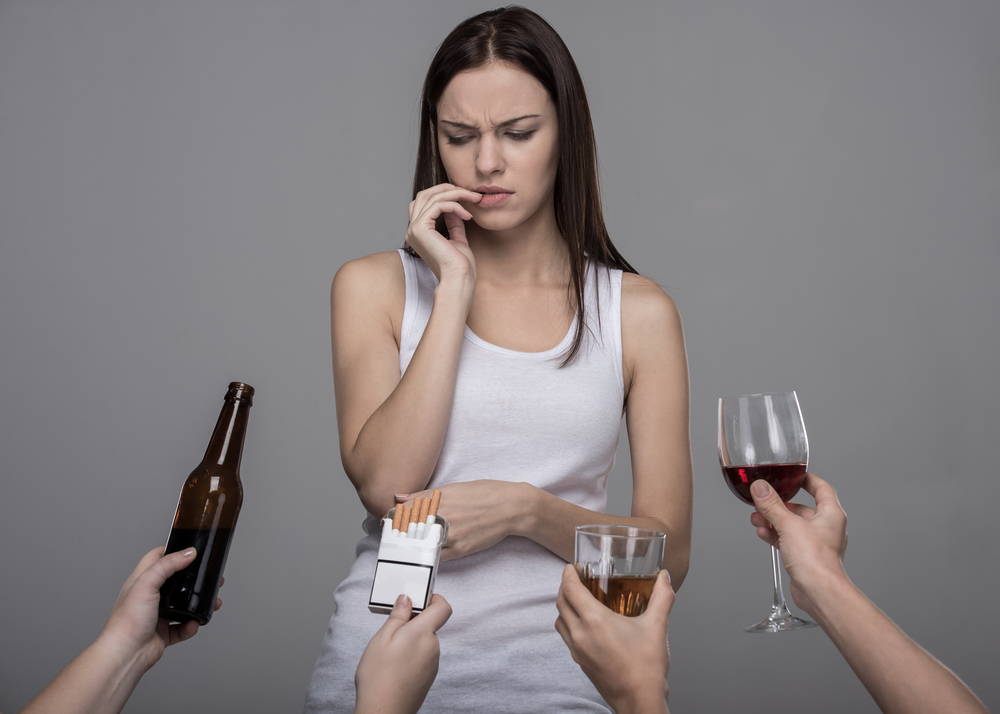 Reward-based learning consists of a trigger, behavior, and reward.

Now we live in a world where our basic needs are more easily met.

The problem is that reward-based learning also helps to form bad habits. For example, when you feel stressed you might reach for a cigarette or binge on cupcakes. Directly afterward or during, you feel good but, the reward is reinforcing the behavior which ultimately can be bad for your health. But long term, this temporary satisfaction may lead to some bad health problems. Breaking a bad habit is never easy, it takes a strong mindset, dedication and repetition to overcome.

Bad Habits That Even the Health Conscious Have

You might be wondering what counts as a bad habit? Things like procrastination, smoking, using devices late at night, and overspending are all considered bad habits. Originally, reward-based learning was there to help you survive. It was used to help you learn stimuli that were crucial for survival like finding shelter and getting enough to eat.

Why isn’t it easier to just eliminate bad habits and replace them with good ones?

Research shows that when faced with stress, the brain networks associated with self-control are one of the first to switch off. Breaking bad habits is much more complex than just telling yourself to stop. Willpower is very difficult to always lean on.

Rather than focusing on the behavior, you need to focus on the reward. If the reward for breaking the habit is high, you’re more likely to repeat the good behavior. So maybe when you get stressed, you take a long relaxing bath or you go on a mind clearing run. Find a reward that you can give yourself immediately that doesn’t wreck your goals but helps them. 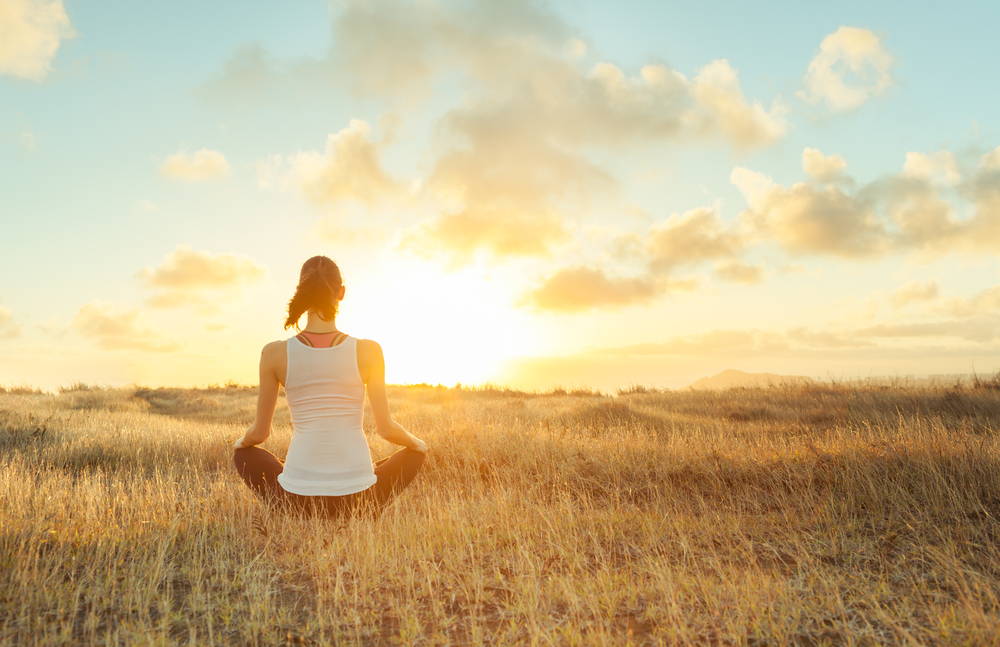 Mindfulness has a ton of physical and emotional benefits. It can help to lower stress levels, improve sleep and reduce chronic pain. It turns out that mindfulness may also play a role in helping to break bad habits. Mindfulness training can help people to become more aware of the reward. The reward is what reinforces the behavior, good or bad.

A Definitive Guide To Mindfulness For Beginners

One study focused on participants who were addicted to stimulants. Over 12 weeks, the group was separated into two, one group received health education and the other mindfulness training.

Researchers measured changes of participants’ use of stimulants and symptoms of anxiety and depression. Researchers found that a month after the study 100% of the depressed participants were off stimulants compared to 50% of the health education group. This suggests that change happens through support and community, not through cognitive education alone.

How Mindfulness & Living in the Moment Makes You Happier

When the reward value begins to decrease so does the frequency of the behavior. The reward no longer feels as good as it once did, it’s not as gratifying.

Dr. Judson Brewer decided to test mindfulness further. He created three apps that are designed to deliver mindfulness training through your smartphone. The apps aim to help break habits like smoking, anxiety, and overeating.

Thousands of people all over the world have used the apps. Dr. Brewer and his team published results that show just how powerful mindfulness can be. Here are a few standout results they found when people used their mindfulness training apps:

Another study found that Dr. Brewers’ app for stopping smoking taught users to have more control over parts of the brain. In particular, the parts of the brain that become overactive from smoking cues and chocolate cravings.

Bad habits can often get in the way of good intentions like healthy eating, being more productive and exercising frequently. Some bad habits can feel so ingrained in your everyday lives, that you don’t even know you’re doing it.

But, it’s never too late to start overcoming bad habits and forming new, positive ones. Bring mindfulness to your everyday actions. As silly as it sounds, sometimes saying the action you’re about to do out loud will help you choose to do something else.

So, when you start to feel stressed, say to yourself, “I’m feeling stressed so I’m going to go smoke a cigarette.” Then your conscious mind will kick in and remind you that you don’t want to smoke. This technique can work for any bad habit you’re trying to break.

1. Find Out Your Triggers 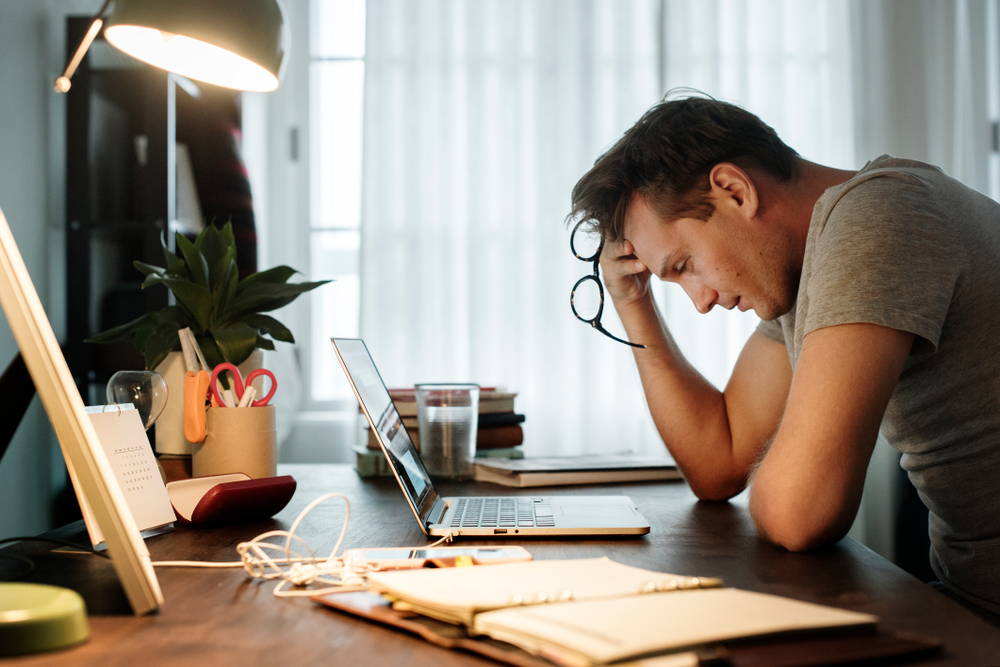 Think about what it is that’s happening around you just before you do something that’s considered a bad habit. Do you overeat when you feel stressed or put off doing that big project at work? Are you checking Instagram instead of studying?

Focus on the root of the trigger. Identify what it is that makes you turn to bad behavior to get the reward in the first place. If you have a heavy workload or are struggling to manage your time, this might trigger you to seek a reward that makes you feel better and less stressed.

2. Figure Out the Value of These Behaviors

The next stage is to figure out the value of the reward that you get from certain behaviors. For example, if you’re trying to quit smoking, focus on how it makes you feel in the moment. Pay attention to how it makes you feel and if it’s really that rewarding at the time and after. You’re creating a new awareness that your brain will use to lower the value of the reward.

Over time, you will see that the reward is less and less, helping you to break a bad habit. When a habit doesn’t result in the same feel-good emotion you had before, you’ll start to lose interest. This is where mindfulness training has its place. You’re trying to reprogram your brain in a new way and raise awareness that you didn’t have before.

How to Break a Bad Habit for Good!

One way to experiment with this is by switching the reward for curiosity. Instead of giving in to a craving with candy or soda, ask yourself what the craving feels like? Open your brain up to curiosity to try and counteract a negative emotion.

Bad habits can stand in the way of you reaching your full potential. There’s always time to start overcoming bad habits and forming new, positive ones. The next time you find yourself stress-eating, reaching for a cigarette or indulging in sweet cravings, consider how mindfulness could help you break those bad habits. By identifying your triggers and using mindfulness to raise awareness, you can finally break free of bad habits and live your best life.